The Crunch is ON! 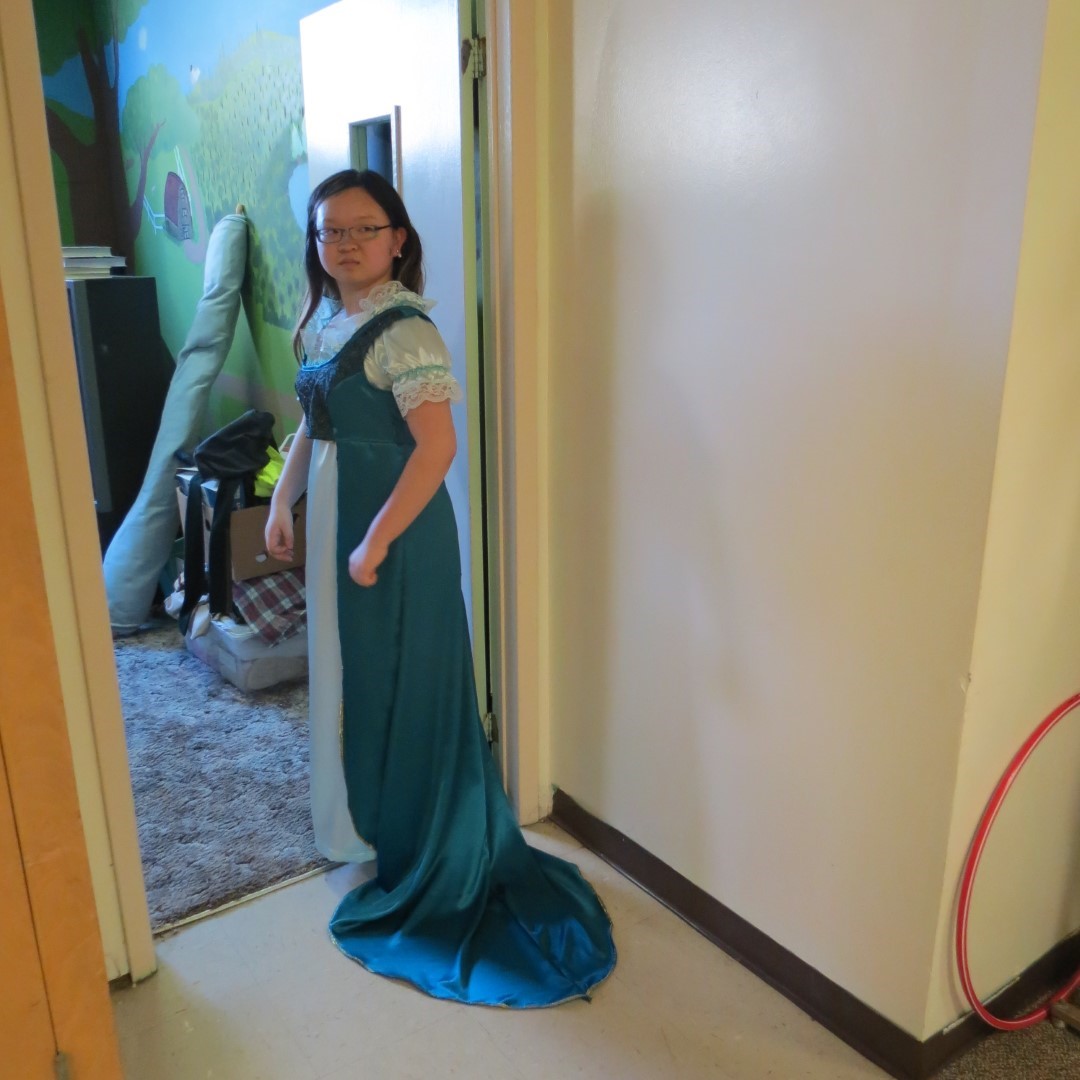 The Crunch is ON!

With just under two weeks to go until we open with Pride and Prejudice, the crunch at RTC is definitely on.  Everyone and everything is getting busier and busier by the moment.

Costuming is probably the most intense thing going on behind the scenes – but they’re doing such beautiful things, that I’d really like to bring you back to see what’s happening there. Apart from the loan of some Redcoat jackets from Fort Malden Historical Site, everything else is being made for our crew.  So look and see what’s up there!  Most of it is happening off-site, but a lot of it has been showing up at rehearsal lately, so I have the opportunity to show it off!

The costuming team, hard at work – with Katina and Sabin photobombing!

Meaghan decides that she’s willing to learn a bit about sewing – Nicole is helping her!

A quick informal fitting for Allyson – just checking on her hem.

Our soldiers, checking on their jackets!

In the kitchen, with the maids, right, Zoe?

Yes, we CAN get most of the Seniors into the family room at “RTC HQ,” but it’s definitely a squish. Still, we have small rehearsals going on some evenings, though all we can manage there is work on line-delivery.  And YES, PHONES AWAY WOULD BE MORE EFFECTIVE!!!

Darcy and Elizabeth working on the proposal scene today at rehearsal.

Elizabeth and Miss Georgiana Darcy getting to know one another.

Darcy, perpetually offended at being shorter than Bingley.

Although Serena is almost unfailingly cheerful, her character, Kitty, seems to spend a fair amount of time weeping.

Always time for a friendly chat, though!

As busy as they always are, they’re always the same big RTC family that we love.

The time is almost upon us. We’ve been working hard to make something beautiful for you to watch.