Riverfront Theatre Company Inc. is a not-for-profit organization. We provide theatrical training and performance experience to the youth of Windsor and Essex County in a year-long annual program, through the generous support of our sponsors and our community, with the help of an exclusively volunteer staff, at minimal charge to the participating families. 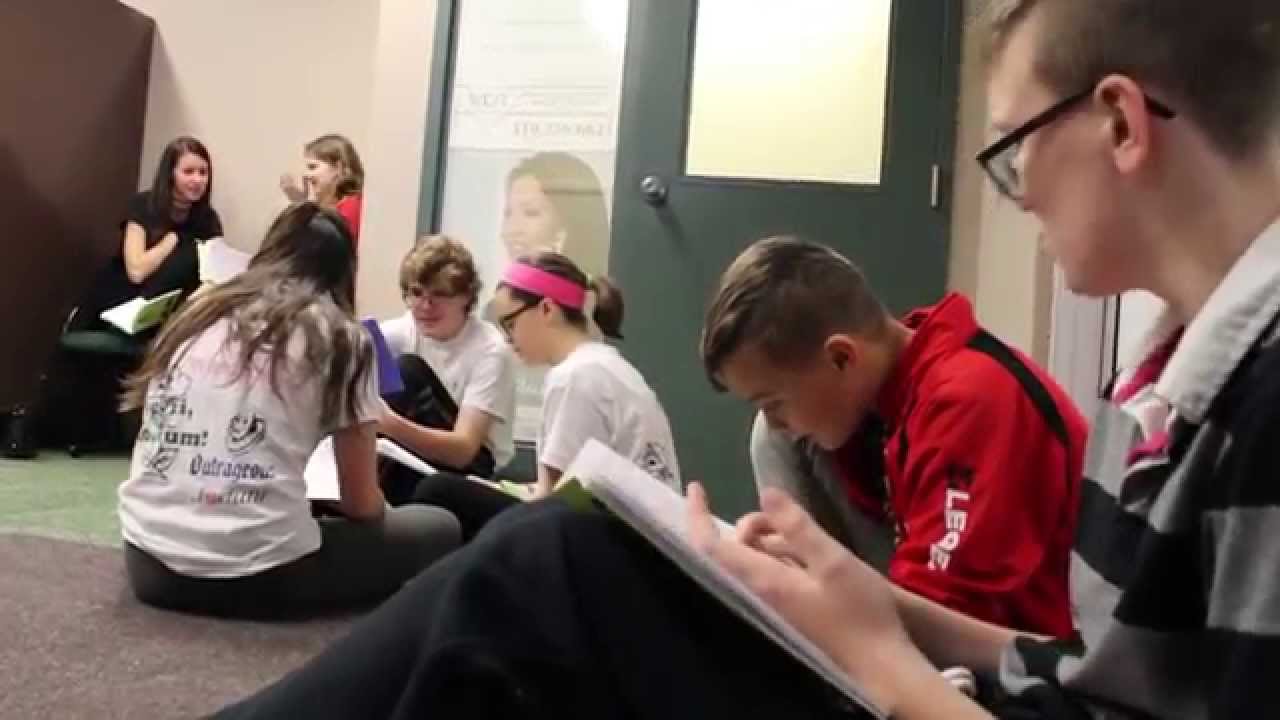 The Riverfront Theatre Company provides all youth, regardless of ethnic, social or economic background, the opportunity to participate in a collaborative theatre experience. We offer a safe, accessible, open forum in which young people can express themselves and we provide them with the resources, tools and leadership to study, produce, promote, market and perform live theatrical works.  It is our firm intention to ensure that live theatre is also accessible and affordable for our audiences and the community in which we operate. In June 2015, we adopted the concept of being a “warm place for cold penguins,” and took penguins on as our “mascot.”

Riverfront Theatre Company was founded in 2004 by Deb Stanson, Cassie Young and Norma Johnston. This team started independently, but in the following season, approached the Boys & Girls Club of Windsor Essex to assist them. Over the years, Cassie gradually took over from Deb as Artistic Director, before herself moving out of the area. RTC has been operating every season since then to make theatrical arts available to young people at no cost, and has produced such plays as Our Town, Wonderland, Peter Pan, A Midsummer Night’s Dream, In Search of the Golden Spoons, The Little Mermaid, Anne of Green Gables, Narnia, Tom Sawyer, Free to Be You and Me, Aladdin, Up the Down Staircase, Christmas Around the World, Peter Pan (again! The second time, the full musical), The Secret-Keeper, The Balloon Tree, Princesses Aplenty (2012, 2017) The Secret Garden, A Christmas Carol, Number the Stars, Alice in Wonderland, The Trial of the Big Bad Wolf, The Importance of Being Earnest, Pollyanna, Fee, Fi, Fo, Fum, Outrageous Fortune,  and  Princess Whatsername. Our 2015-2016 season included A Salute to Peanuts, an original adaptation of Pride and Prejudice, a brand-new version, custom-written musical production of Aladdin and the Arabian Nights. In 2016-2017, we produced an original adaptation of Narnia: The Early Chronicles, which was based on C.S. Lewis’ novels, The Lion, The Witch and the Wardrobe, and The Magician’s Nephew. Our 2017-2018 season involved a new production of Christmas Around the World, an original adaptation of Anne of Green Gables, and Seussical: The Musical! Our 2018-2019 season included Under Pressure: A Trio of One-Act Plays about bullying, social anxiety and peer pressure (November 2018), A Christmas Peter Pan (December 2018), Where There’s a Will: A Riverfront Shakespeare Festival (February 2019), and Mary Poppins (May 2019).  In December 2019, we held a cabaret-style Friends and Family Night, followed by Frozen Jr in February 2020, and our first YouTube video show, The Show Must Go Online (May 2020 – as a result of COVID-19 closures and a swift substitution).  Our May 2020 production of Beauty and the Beast, unfortunately, was cancelled because of COVID-19.  Our next scheduled productions are a Riverfront original production called No Complaints, and a musical production of The Secret Garden, licensed through Pioneer Drama.  We await the re-opening of in-person rehearsals and performances when COVID permits.

In July 2021, Riverfront Theatre Company was incoporated as an independent not-for-profit organization.

Our 2021-2022 directors are Lin Garswood, Genevieve Chevalier and Kristina Garswood.

We are very proud of our growth in recent years and the contributions and sacrifices that each and every member of our group makes!